Share
Botrytis (also known as Grey Mould or Bud Rot) attacks weak plants or dying flowers. In fact, in nature it helps the recycling process of plants by breaking them down and making the nutrients available in the soil. So the fungus actually plays a vital role in the natural growth cycle. But when it strikes your crops, it’s a pest!

About the disease in brief

What is Botrytis?
Botrytis cinerea is a necrotrophic fungus, which means that it kills its host to obtain all the nutrients it needs.

What can you see?
The tissue on which it develops becomes dark and sometimes soft, due to the death of the host cells. In time, a layer of furry gray mold will form on these dark spots.

What can you do?
You must never allow the infected plant or parts of the plant to come into contact with other plants.

The early development of gray mold usually starts in infected plant debris from previous crops, which have been left in the field. The mycelium present in the debris begins to develop when temperatures increase, for example in early spring. In bright light, the mycelium begins to produce structures called conidiophores. At the end of these conidiophores, spores called condias are formed which are then transported through the air and can come into contact with the leaves or stems of crops. 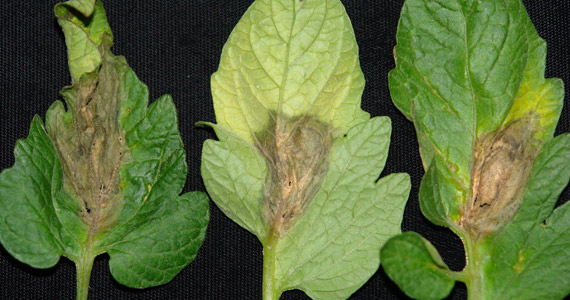 Symptoms of the disease

The fungal infection in flowers is not visible initially. Chlorosis – tissue that looks brown and wet near the infection site – is one of the first symptoms that indicate a possible Botrytis attack. A lighter coloured spot on the flowers with a dark brown ring around it can also indicate a mould infection.

How to prevent the disease?

It is very important to get rid of any parts of the plant that are infected with Botrytis. The infected parts should be removed immediately.

You must never allow the infected plant or parts of the plant to come into contact with other plants, because even the briefest contact will send clouds of gray spores into the air. These spores will then land on healthy plants and may infect them. Good ventilation is essential in order to maintain slightly lower humidity around the leaves and flowers. For outdoor crops, it is advisable to cover the plants with a plastic shelter like a poly-tunnel when rain is expected. This prevents the plants from getting wet.

It is also important to be vigilant for pests such as caterpillars which can cause damage to the cuticle, which B. cinerea can exploit to enter the plant more easily. It’s easier for the fungus to infect plants that have been damaged by chewing pests. Other insects like thrips can carry and spread Botrytis spores. CANNACURE can be sprayed on the plant to control this pest. 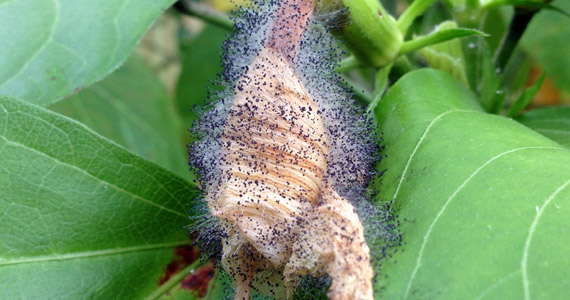 Solutions for controlling the disease

Several micro-organisms have proven to be successful in controlling B. cinerea in a wide variety of crops. Clonostachys rosea (= Gliocladium roseum) is a fungus that is used to combat and prevent Botrytis attacks because of its ability to suppress the production of spores. Some nematode species have also been used to control gray mould effectively.

Many plant extract preparations are marketed primarily as being able to prevent the attack and development of B. cinerea. Good results have been achieved with extracts of thyme, citrus seed, oregano, mint, garlic and pepper, to name but a few. Another option is to use CANNACURE on the plant to prevent the Botrytis.