Share
Now that we have looked at the light spectrum and the photoreceptors responsible for plant development, we come to the next question: how can we apply this knowledge as a grower? What makes a good light spectrum for growing? In order to answer this question, we need to think about the plant’s response to different light spectra. Because this fall mainly under visible light, we can speak about ‘colours’, starting with the most important ones for plant development.

The two forms of phytochrome, Pfr and Pr, play an important part in this process. Because red and far-red light are both present in sunlight, plants in nature will almost always contain both Pfr and Pr phytochromes. A plant senses its environment by the ratio between those two forms; this is called the phytochrome photostationary state (PSS).

The Pr phytochrome has a light absorption peak at a wavelength of 670 nm. When the Pr absorbs red light, it is converted to the Pfr form. The Pfr form acts the other way around – when it absorbs far-red light at a peak of 730 nm, it converts into a Pr form. However, because Pfr molecules can also absorb red light, some of the Pfr molecules are converted back to Pr. Because of this phenomenon, there is not a linear relationship between PSS and the ratio of red to far-red. For example, when the ratio of red to far-red light exceeds two, there is barely any response in the PSS and thus plant development is not affected. It is, therefore, better to speak about PSS than the red to the far-red ratio of the light.

The amount of Pr and Pfr tells a plant which light it is receiving. When there is a lot of Pr present, this means that the plant is receiving more far-red light than red light. When there is less red light, the opposite conversion (from Pr to Pfr) is hampered, meaning that there is relatively more Pr. 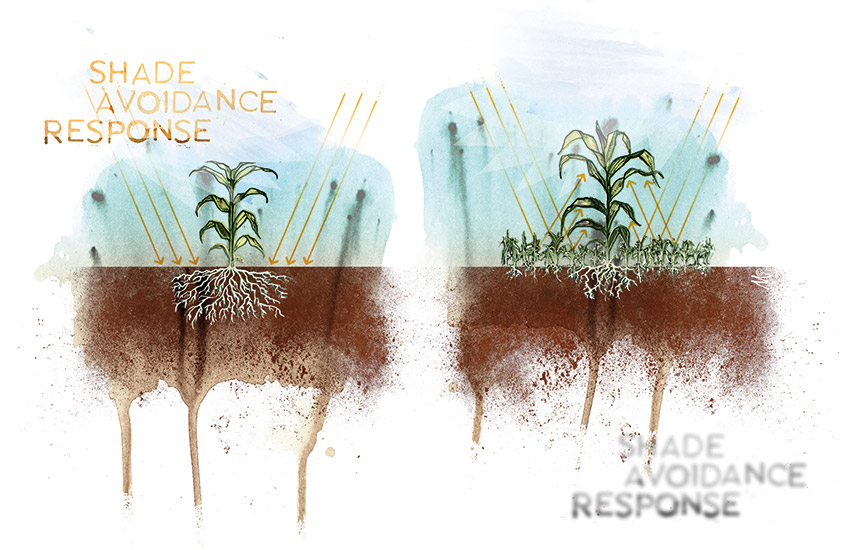 Figure 3: Since far-red light is mostly reflected by the surface of the leaves, a plant receives (relatively) more of this light when it is crowded in with neighbouring plants. In order to avoid the shade, a plant grows long stems so that it can catch more light.

In environments in which many plants grow close together, all the red light from the sun is used for the photosynthesis process (between 400 and 700 nm) and much of the far-red light is reflected by the plants (>700 nm). Most of the plants, especially those in the shade, will receive more far-red than red light in this situation. As a consequence, Pr increases, and when this happens, the plant senses that it needs more light for photosynthesis and stem elongation is triggered (see figure 3). The result is taller plants with a bigger distance between the internodes and a thinner stem. This is a clear example of a shade avoidance response, where plants seek to capture, more light in order to survive.

Taller plants can absorb more red light which increases the quantity of Pfr forms. This will trigger greater branching, shorter distances between the internodes and less vertical growth in order to maximize the light absorption for the photosynthesis. As a result, plants expend less energy on growing as tall as possible and allocate more resources to producing seeds and expanding their root systems.

Influence of the light spectrum on flowering

Flowering is also influenced by the Pr and Pfr forms. The length of time for which Pfr is the predominant phytochrome is what causes the plant to flower. Basically, the levels of Pfr tell the plant how long the night is (photoperiodism). As the sun sets, the amount of far-red light exceeds the amount of red light. During the darkness of the night, the Pfr forms are slowly converted back to Pr. A long night means that there is more time for this conversion to happen. Consequently, at the end of the night period, the concentration of Pfr is low and this will trigger short-day plants to flower (see figure 4). 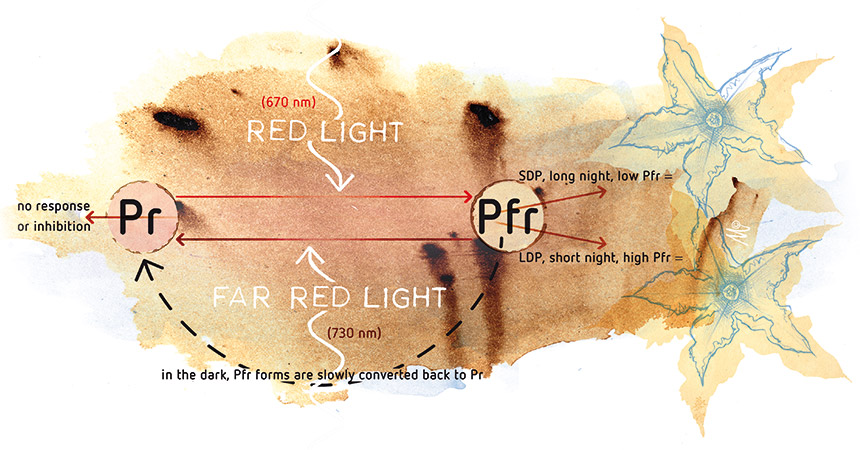 Figure 4: The interaction between the Pr and Pfr forms and their effect on flowering in short-day plants (SDP) and long-day plants (LDP).

It’s often assumed that only blue and red light helps plants to grow and develop but that’s not completely true. Although much of the green light is reflected back off the plant’s surface (that’s why we humans see plants green), green light itself can also be beneficial for a plant. The combination of different light colours can lead to higher photosynthesis than the sum of its parts. Research conducted on lettuce also shows that plant growth and biomass increased when 24% green light was added to a red-blue LED while maintaining equal PAR levels (150 μmol/m2/s) between the two objects. This indicates that even green light can have a positive influence on plant growth.

Ultraviolet (UV) light has an effect on plants, too, causing compact growth with short internodes and small, thick leaves. However, too much UV light is harmful for plants, since it negatively affects the DNA and membranes of the plant. Photosynthesis can be hampered by too much UV light. Research shows that this happens at UV-values higher than 4 kJ/m2/day.

This brings us back to the general question of ‘what makes a good light spectrum for growing?’ It’s quite hard to give a general answer to this question since it depends heavily on the type of plant and the requirements of cultivation. For a ‘normal’ plant development these specs are recommended:

The next step is to provide the best light spectrum for your situation. If sunlight is not sufficient, this can be done by selecting a good grow lamp. The emergence of light-emitting diodes (LEDs) in plant production, which you can read more about in our other article, makes it easier than ever before for growers to optimize the light spectrum.