Share
Have you ever used grow lamps for your plants? If so, then you’ve probably been amazed by the effect of the light on the development of your plant. This article will tell you much more about the effects of light on plant development. As we will see, plant development really is something different from plant growth. We will explain the principles of light and its interaction with plants, and also give you some practical tips. Choosing the right lamp can make a huge difference in the quality and quantity of your crop.

Everyone knows that a plant needs light to grow by means of photosynthesis, a process that involves energy fixation and sugar production. But in addition to providing energy, the light also plays a key role in many other plant processes, such as photomorphogenesis and photoperiodism. All these processes are influenced by the light spectrum, which is the distribution of the light across the electromagnetic spectrum. In order to explain a plant’s different responses to light, we first need to think about the phenomenon of light itself.

Principle of light and its spectrum

When we describe the electromagnetic or light spectrum, it’s better to talk about wavelength than about colour. That’s because visible light for humans comprises only a small portion of the light spectrum as a whole – namely the range of wavelengths between 400 and 700 nanometres (nm, which is 10-9 m). 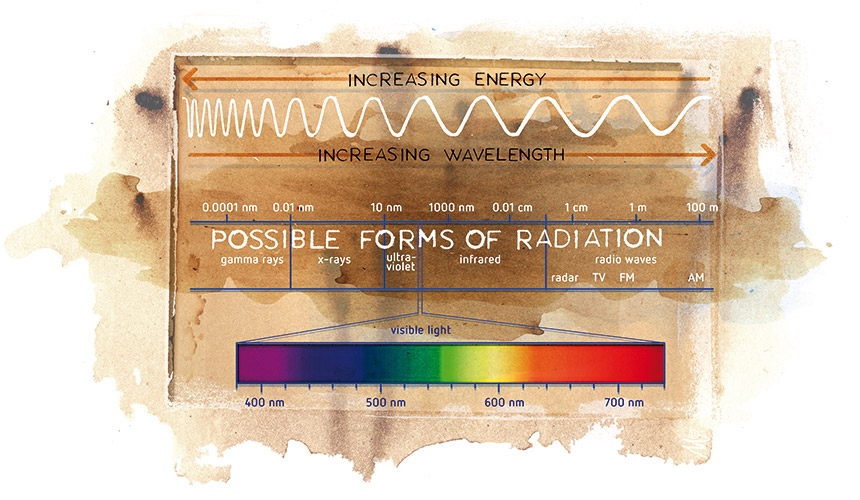 As you can see from figure 1, this is a very small range. In fact, it is less than 1 percent of the total spectrum. Photosynthetically active radiation (PAR), or photosynthetic photon flux density (PPFD), is the range of light that can be used by plants to photosynthesise. However, because the PPFD is a summation of all photons in the 400-700nm range, two very different spectral distributions can have the same PPFD. This means that there is no one-to-one relationship between PPFD and spectral distribution. It also means that when we compare light sources, we need to consider spectral distribution data as well as PPFD.

PPFD light is expressed as μmol/m2/s and tells us how many light photons will reach a predetermined surface area (m2) in a specified length of time (a second). To illustrate: most plants need a minimum of 30 – 50 μmol/m2/s PPFD to stay alive.

How a plant senses light

As well as providing the energy for photosynthesis, the light also acts as an information source for plants. Different light spectra give the plant an indication of its environment and therefore how it should survive, and hopefully thrive and reproduce. In this sense, the composition of the light is as important as the total quantity of light used for photosynthesis. The light spectrum in the range of 300 to 800 nm causes a developmental response in the plant. Additionally, UV and infrared (IR) light are known to play a role in plant morphogenesis.

A plant gains information from the light that reaches it by means of special pigments, called photoreceptors. These photoreceptors are sensitive to different wavelengths of the light spectrum. 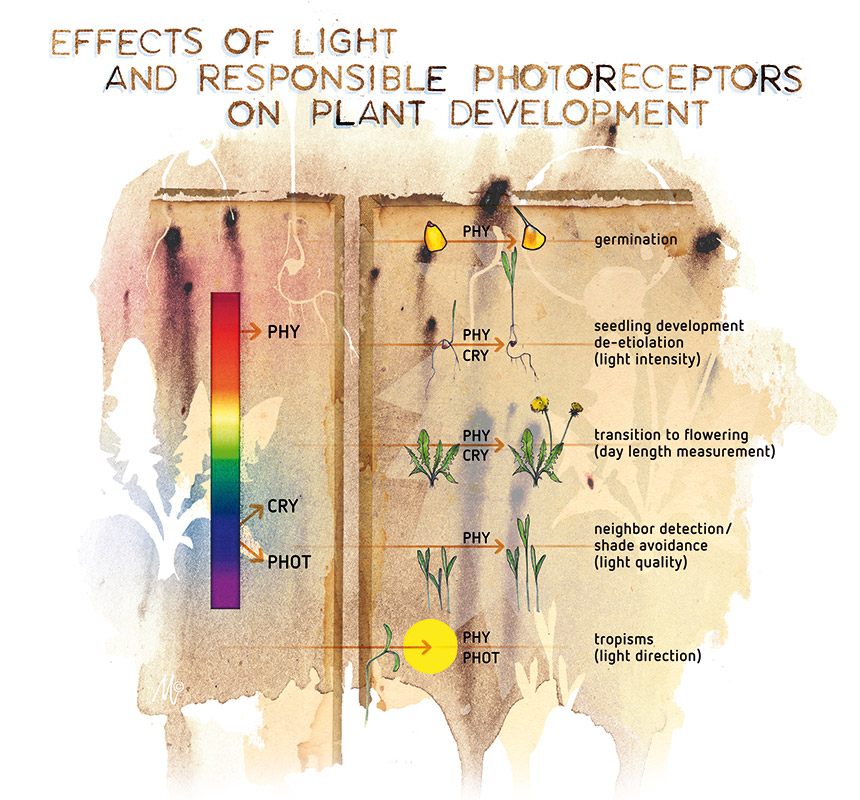 Figure 2: a plant gains information from light via three special photoreceptors: phototropin (phot), cryptochromes (cry) and phytochromes (PHY). The first two are active in UV and blue light, while phytochromes respond to red and far-red light.

There are three groups of photoreceptors, see figure 2:

The first two photoreceptors – phototropin and cryptochromes – are active in the lower range of wavelengths (UV (A) and blue). These two receptors obviously have different functions. Phototropins are responsible for phototropism or plant movement, and the movement of chloroplasts inside the cell in response to the quantity of light. Phototropins are what cause stems to bend towards light and stomata to open.

Cryptochromes are pigments which sense the direction of the light. The inhibition of stem elongation is governed by cryptochromes as well as stomatal functioning, the synthesis of pigments and the tracking of the sun by the plants' leaves. The other photoreceptors – phytochromes – are sensitive to red and far-red light. There are two forms of phytochrome, Pfr and Pr, which interact. Phytochromes have the biggest influence on photomorphogenesis. Stem elongation, shade avoidance, chlorophyll synthesis and the flowering response are all functions typical controlled by phytochrome.