Share
Written by Geary Coogler, CANNA Research
People always want the next best thing. When the next best thing isn’t on the market yet, people tend to try and create it themselves. While results with using pure coco as a growing medium cannot be easily argued with, there are of course situations in which amending the mix can prove beneficial to a particular grower’s circumstance. Understanding what you are doing to the properties of the mix as a whole is key to achieving these benefits. However, you amend your coir it will affect the resultant properties in either one or both of two ways: mechanically or chemically.

When products like perlite, vermiculite or clay pebbles are added to coir, they are primarily affecting drainage and aeration of the total medium. As well as the natural differences in shape and size that affect this, every substrate has its own capacity to hold on to water. You can see in the graph pictured here, four typical media. Along the Y-axis is their volume in water and along the X-axis the pressure at different heights in cm. As the height increases so too do pressure and each medium retains a different proportion of its entire water holding capacity. Essentially this shows how well each of them holds on to water, or you can look at it another way and say it is their willingness to let go of water.

Looking at the blue line for Rockwool, you can see it has a higher initial water holding capacity than coco, and the quick curve downwards shows that it lets go of water more easily and to a lower endpoint than coco. By comparison, looking at the black dotted line for coir, it has a much higher initial water holding capacity than peat and let’s go of water at a quicker rate than peat to an almost similar end result. The shallow green line for peat indicates that peat really likes to hold on to water compared to the rest!

So primarily what you will notice when amending with perlite or clay pebbles is the pot drying out at a faster rate and so an increased frequency of irrigation will be necessary. This is because you are reducing the overall water holding capacity of the pot as a whole and also because you are ‘watering down’ the coir and thus reducing its resistance to water loss under increasing pressures. What you would see the line become on the graph is a slightly lower starting point, with a slightly steeper downward trend in the middle, to a slightly lower-end result.

It is not just the mechanical properties of coir you will affect with pebble or perlite amendments, particularly with some brands of pebbles. Many residual salts can be left behind which can play havoc with coir’s own natural CEC, and particularly how it has previously been buffered. Make sure to choose only the cleanest of sources when wanting to amend mechanically alone.

Figure 1: The steeper the curve, the easier your plants can have access to the stored water!

This is generally where it tends to become tricky with coir. As mentioned earlier it’s by no means a direct replacement for a peat substrate and nowhere is that more evident than when it comes to adding chemical or organic fertilizers to it. The main contributing factor is the Cation Exchange Capacity (CEC) of coir.

Don’t get scared by the scientific-looking words. In a nutshell (excuse the pun) all it really means is the total storage capacity something has for nutrients. What it actually is, is a measure of the amount of negatively charged sites that a potential positively charged cation could adsorb to. So the higher the CEC, the higher the potential storage capacity for nutrients there is. Although coir does have a relatively high CEC, compared to peat, there is little to boast about. What this means is that if you amend with chemical fertilizer, its longevity in coir may not be what you are used to with a peat mix. With the lower CEC, there is not the capacity to hold all the immediately soluble cations and so a lot more is washed out on each watering relative peat. 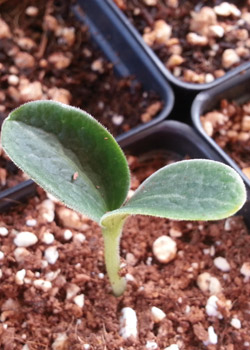 1. Longer-term organic amendments may seem like a more tempting route to go down, as with the slower release of nutrients, it will not be washed out of the fibres as quickly as chemical fertilizer, but do not be so hasty in going down that route. The overall properties of the medium will be altered which will, in turn, causes further issues. Organic amendments will have their own unique pH value, sometimes high, sometimes low. Adding these amendments into your coir will either raise or lower the overall pH of your substrate accordingly, often to detrimental levels. This will cause significant swings in pH that would otherwise be negated in a peat mix with its lime buffer.

2. Secondly, on top of not having the long-term storage capabilities of nutrients in the way peat does, you can never be quite sure what exactly is being released by the amendments, and at what rate they are being released. This could very easily have knock-on effects on the other type of buffering in coir, calcium. This, in turn, could have a detrimental effect on the overall availability of elements in the nutrient solution that you (try to) supply to the plant. As an obvious example, it might be getting less calcium and more potassium than it should.

3. Thirdly, organic amendments very much depend on a healthy and diverse micro life present in your substrate. Some of the more premium coirs on the market will contain Trichoderma, but solely relying on those will not cut the mustard when it comes to efficient cycling of organic-based additives. The result of which will be an insufficient and sporadic release of the nutrients, so you will never quite know where you stand with what is actually in your container.

Using Coir as an amendment

Another possibility for coir is that it can be utilized as an amendment itself. With all the hullabaloo surrounding the continued availability of peat as a sustainable medium, it’s now more and more common to find peat mixes that contain a high level of coir as a total percentage of the substrate. It can make a fantastic additive to a peat-based mix when used correctly and it has different physical properties properly accounted for. (Usually, no more than 30% before the attributes of the coco affect the way the final mix will work as a whole)

Similarly, coir can be used to great effect to improve and condition poor types of soils in an outdoors environment. Dense clay soil could benefit immensely from the addition of coir. The coir will help prevent compaction and introduces a much greater level of aeration and drainage to the soil as a whole.

Coir is a fantastic substrate on its own right. The ease of use and efficiency it has is almost second to none. If you do choose to amend your coir, you could potentially be walking into a hit-and-miss situation. If you do go down this route, make sure you take it slowly and don’t go straight in and overload it with everything in the cupboards all at once. More often than not, you will find it is best to leave the cupboards alone altogether. Mother Hubbard will thank you for it as well as your plants.